Since 1848, Switzerland has been governed by the Federal Council. But who are the people who direct the fate of the Swiss Confederation? Photographs, film clips, documents and clothing take visitors on a fascinating journey back in time to meet the 119 members of the nation’s government. At the centre of the exhibition, visitors can look around a replica of a Federal Council chamber. Another section of the exhibition showcases gifts received by the Swiss government from all over the world.

Guided tour of the exhibition «Switzerland’s Federal Councillors since 1848». 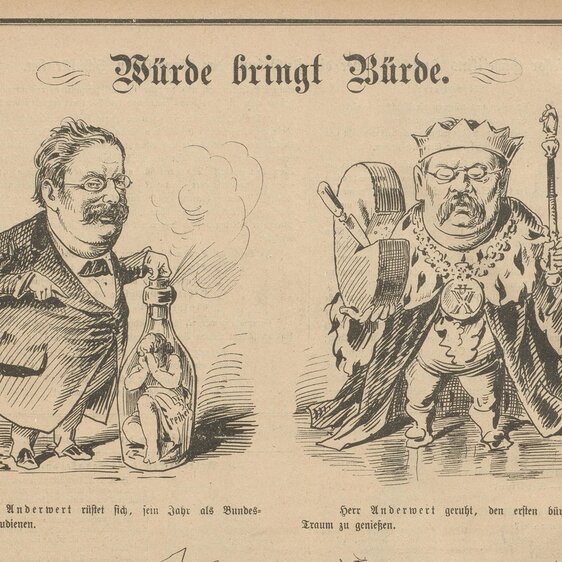 Suicide in the Bundesrat

Fridolin Anderwert took his own life on 25 December 1880. The Federal Councillor’s suicide came after a smear campaign by the media.

There was a time before mobile phones, a time when press photographers were the eyes of an entire nation. Many of the images they captured are now forgotten. For example, Federal Councillor Rudolf Minger’s appearance at Bern’s Reithalle riding arena in November 1940. 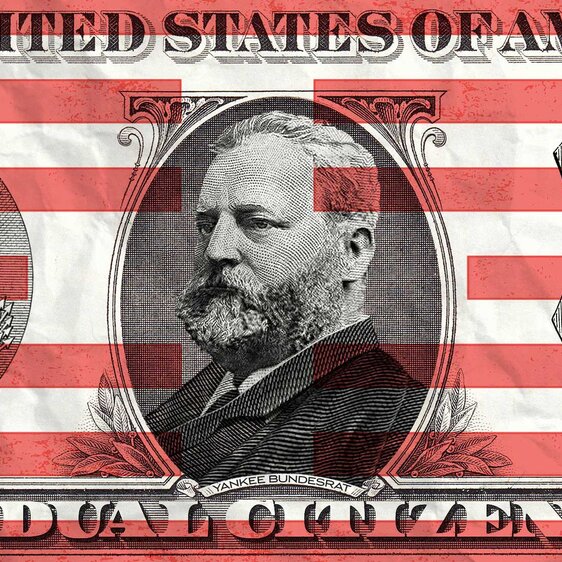 Dual citizen on the Federal Council

Emil Frey fought in the American Civil War as an army major. In 1890 he became a Federal Councillor. His dual citizenship didn’t bother anyone.

For over 170 years now, seven people have governed the Swiss Confederation. But who were the men and, from 1984, the women who have held this high office? An exhibition at the National Museum Zurich introduces these important figures from our nation’s history.

Every four years, the United Federal Assembly elects seven Swiss citizens, both men and women, to the national government. The composition of the Federal Council is kept as balanced as possible. This applies for party and canton affiliation and for mother tongue and, for some years now, gender has also been an important consideration. But who are the 119 Swiss citizens who have steered the fate of the nation since 1848? The National Museum Zurich has lifted the curtain on this select group, and takes a closer look at the many individuals who have played their part.

There is Fridolin Anderwert, who committed suicide in 1880 after a destructive campaign against him in the press. And Emil Frey, who fought in the American Civil War and later took up a position in our national government without any difficulty, despite his status as a dual citizen. There’s Elisabeth Kopp, the first woman appointed to the Federal Council, and Constant Fornerod, who after his term in office managed a bank and was held responsible for its subsequent bankruptcy, an offence for which he served several years in prison. The exhibition tells these and other stories.

The centrepiece of the show is a replica of the Federal Council chamber. ‘Kollektiv Krönlihalle’, a group of Zurich artists, has reconstructed the room at almost two thirds of its actual size. So if you dream of someday being elected to the national government, you can come in and take a ‘test-sit’ here. Another section of the exhibition showcases gifts the Swiss Government has received over the years from all over the world. For example, the diary of the Austrian Empress Elisabeth is on display. Sisi, as she was known, bequeathed her diary to the Swiss Confederation because she was afraid her writings would be destroyed in her own country. In her diary entries she criticised life at court and the Austrian monarchy.