At the end of the 19th century, Heidi conquered the world. The story of the girl from the mountains was given a further boost in the 1970s, with a Japanese cartoon series. The series is also considered to have sown the seeds of the now booming anime industry, and ultimately turned Heidi into a global phenomenon. The makers of the animated series went on to co-found the world-famous Studio Ghibli, creator of numerous films and series. The exhibition ‘Heidi in Japan’ focuses on the fusion of two cultures and the evolution of the Japanese cartoon series, which was extremely important in popularising the successful anime genre.

For children there is a table with games, picture books, a puzzle sheet and a handicraft sheet.

Anne Frank and the Basel connection

From Basel and later from Birsfelden, Anne Frank’s father, Otto, worked to ensure that what is probably the most famous diary in history was read all over the world. 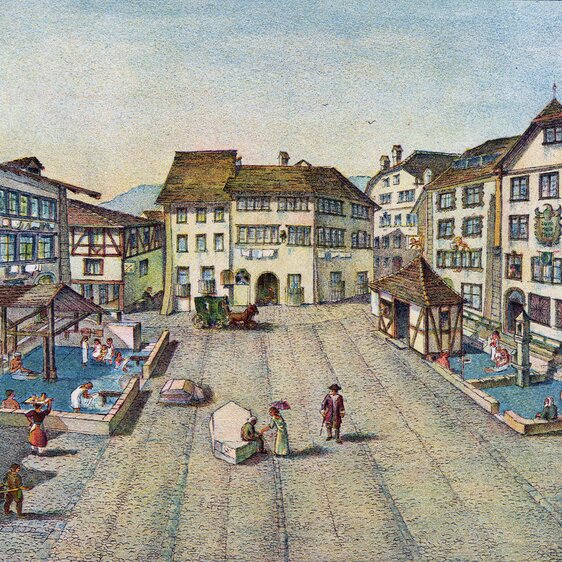 Bathing in the open air

Up to the mid-19th century, the mineral hot baths in Baden im Aargau were known for their open-air thermal pools. 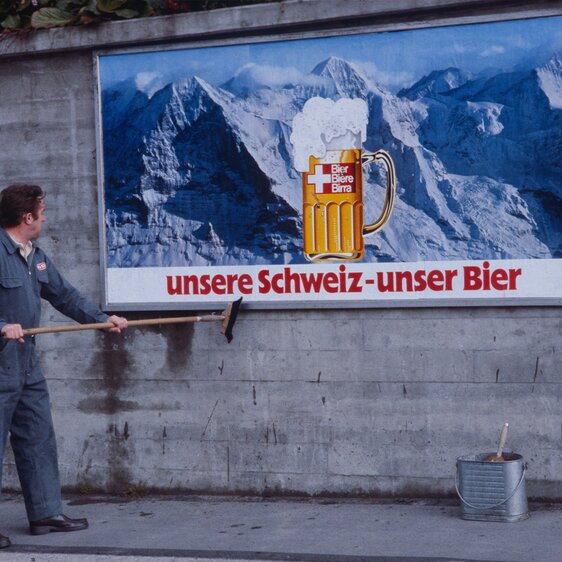 Beer as a mirror

With the fall of the beer cartel, Switzerland’s breweries entered a new era. The way was clear for foreign corporations, alternative business models and smaller competitors. This phenomenon reflects the history of an entire national economy.

At the end of the 19th century, a little girl from the Swiss Alps conquered the world. Heidi received another boost in the 1970s thanks to a Japanese cartoon series. The series is also considered to have sown the seeds of the now booming anime industry.

In Switzerland, Heidi is not just a children’s book star, but a kind of folk heroine. The girl from Graubünden has captivated generations of readers. Johanna Spyri’s two-volume work was published at the end of the 19th century, and became an international bestseller during the author’s lifetime. It has been translated into more than 50 languages and is still very popular today. But Heidi did more than just delight fans as a character in a novel; she soon became an advertising ambassador for Swiss tourism. The evocative depiction of the rural community and the idyllic mountain landscape inspired a yearning for nature and tranquillity, and attracted scores of tourists.

Heidi was wildly successful in Japan. This has to do partly with the idealised alpine world, which was especially appealing to the Japanese after the Second World War, and also partly with the animated series ‘Alpenmädchen Heidi’ (Heidi, Girl of the Alps), which appeared in 1974. Anime, as animated cartoons are called in Japan, was the countermovement to the booming Japanese economy and its industrialised outlook. The 52-part anime was created by four young men, two of whom – Hayao Miyazaki and Isao Takahata – went on to co-found the world-renowned Studio Ghibli. The fact that, like Spyri’s book, the Japanese Heidi series was a global success shows that Heidi has ultimately become a global phenomenon, finding her way back to Switzerland through the screen.

‘Heidi in Japan’ focuses on the fusion of two cultures and the evolution of the Japanese cartoon series, which was extremely important in popularising the successful anime genre. The exhibition has been created in collaboration with the University of Zurich and a team of Japanese experts headed by Professors Aki Nishioka and Takashi Kawashima.