In 1912, Alfred de Quervain trekked across Greenland. The data collected by the Swiss explorer on the seven-week expedition are still of great value for science today. The exhibition examines de Quervain’s pioneering feat in the eternal ice, and links it with the present. Switzerland still carries out glacier research in Greenland, making a significant contribution to one of the most crucial issues of our time: global warming.

The National museum Zurich offers a variety of events and guided tours.

With the free ‘Landesmuseum’ app, you can listen to the audio guides to the exhibitions on your own Smartphone. An innovative guide navigates you through the Museum.

Guided tour of the exhibition "Greenland 1912". 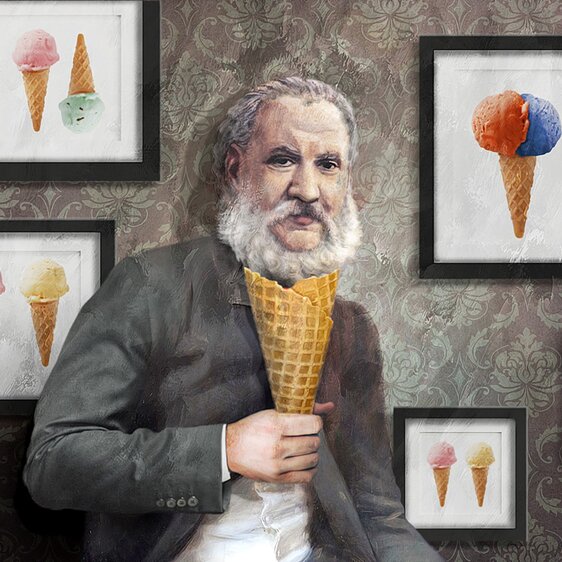 Born in a mountain valley in Ticino, Carlo Gatti moved on to Paris and later to London. He was the first street vendor of ice cream in London, eventually earning a reputation as the uncrowned “Ice Cream King” of Victorian England. 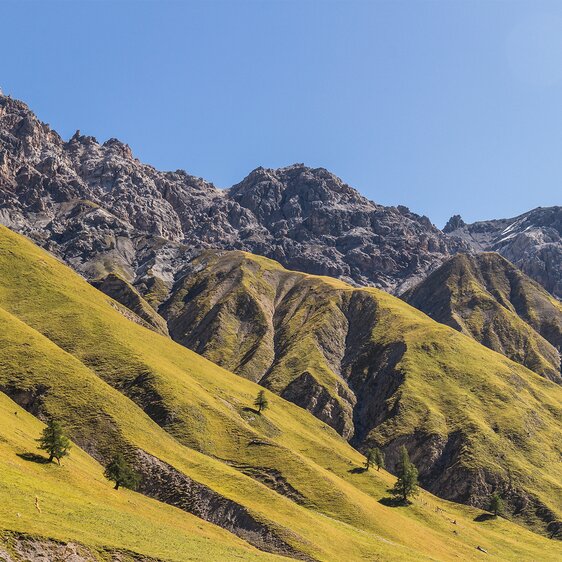 The birth of the Swiss National Park

Around 150 years ago, things were looking grim for Switzerland’s flora and fauna. Then two Basel academics seized the initiative, and set about bringing to life their vision of an unspoiled, primordial landscape in the Engadin. In 1914, the first national park in Central Europe was opened in the Val Cluozza. 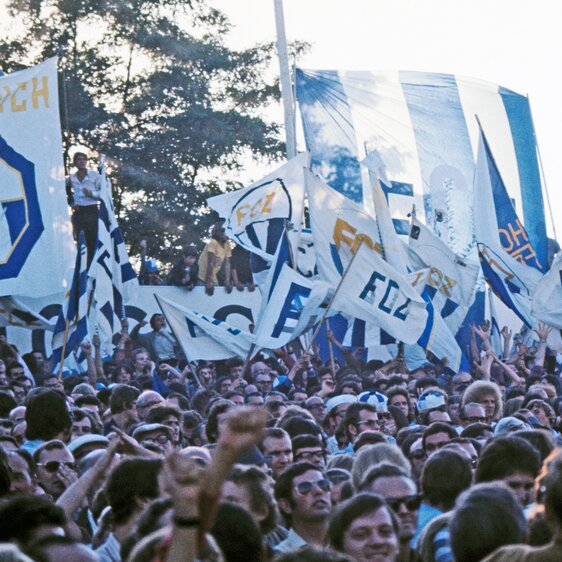 The changing face of football fandom

What a party! Chanting fans, fireworks, cheering and applause coalesce in a sea of flags – for many people, these scenes are rowdy, intimidating, uncivilised and uncouth. For others this is the highest of highs, an eruption of fan euphoria representing a cultural phenomenon that is now widespread, but about which very little is known.

In 1912, Alfred de Quervain trekked across Greenland, sparking a veritable ‘polar boom’ in Switzerland. The measurements taken by the scientist are still used in glacier research today.

For many years, science has grappled with the issue of the shrinking glaciers. The retreat of the ice giants continues, with no end in sight. Climate researchers were already looking into the issue of glaciers 100 years ago, but from a different angle. In the 19th century, people worried another ice age was on the way.

So in 1912, everyone was talking about Alfred de Quervain’s ‘Swiss Greenland Expedition’. It wasn’t just that the field of climate research, then still in its infancy, was interested in the data collected by the Bern geophysicist; society was also hungry for tales of adventure from the North. Since the government didn’t want to contribute to the costs of the expedition, the explorer signed an agreement with the Neue Zürcher Zeitung. The newspaper paid one third of the expenses, securing in return the rights to report exclusively on the expedition. The articles made de Quervain’s adventurous undertaking even more famous, and unleashed a veritable ‘polar boom’ in Switzerland.

Alfred de Quervain had already ventured into the eternal ice of Greenland in 1909. He returned there three years later, aiming to cross the island. Only one person, Fridtjof Nansen, had managed that feat before him. And as befits an adventurer, the Swiss explorer’s route had to be longer and tougher than that of the Norwegian, who had crossed Greenland at a point further south in 1888. And it was! On skis and dog sleds, de Quervain and his companions covered around 650 kilometres in six weeks. It was not just exhausting, but sometimes dangerous as well. Towards the end of the crossing, for example, they only just managed to find the cache of food supplies in time.

The meteorological and glaciological data that Alfred de Quervain and his team collected in 1912 were of enormous value to science. These data are still used for research today – for example, research into Greenland’s ice sheet, which is the Earth’s second-largest fresh water supply. As a result of global warming, the Greenland ice sheet has been melting more and more rapidly over the past two decades. One big problem with this is that the meltwater is no longer being re-absorbed and turning to ice again; instead, all this melted water flows into the ocean. As a result, fresh water reserves are dwindling and sea levels are rising continuously.

With original exhibits and historical photographs, the exhibition examines Alfred de Quervain’s expedition in the eternal ice, and links his experiences and findings to modern-day climate and glacier research.