The forests – used by people for centuries – have faced increasing destruction since the 19th century on account of industrialisation. Figures such as Paul Sarasin and later on Bruno Manser came forward and campaigned for the protection of the forests. The exhibition shows our relationship with the forest through representation in literature and art: once exaggerated by the romantics as a safe haven from civilisation, artists’ depictions of the forest are today dominated by the subject of climate change. 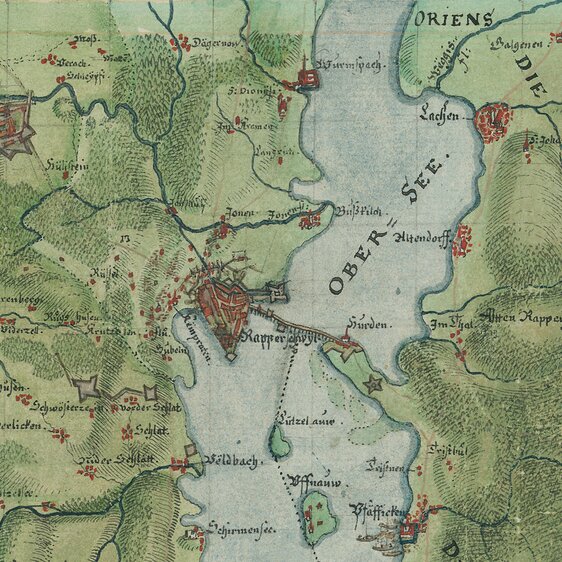 The forests of Switzerland have been managed since time immemorial – and for centuries, they were also cleared on a large scale. The complex relationship between humans and the forest is immortalised in the names of towns and localities. 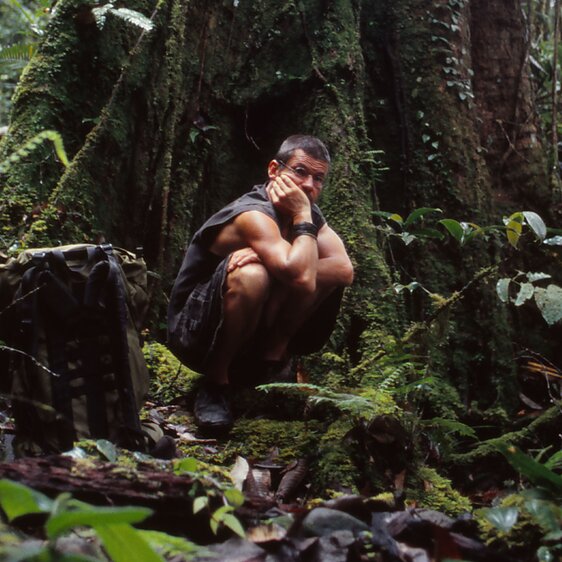 Guardian of the rainforest

Bruno Manser was one of the world’s first environmental activists, and he launched spectacular protests to fight against rainforest deforestation. This earned him admiration, but it also caused him problems with the authorities.

Keller’s love for the oak tree

Gottfried Keller’s most ardent desire was to become an artist and paint scenes of nature. In the end he did just that, but mostly in words.

You can get a souvenir of the exhibition in the boutique of the National Museum Zurich. You can also buy selected products online.

In the Forest. A Cultural History

Used. Destroyed. Protected. The relationship between humankind and the forest has changed over the past few centuries. A new exhibition at the National Museum shows that this transformation has had an impact on culture, art and literature.

The forests – used by people for centuries – have faced increasing destruction since the 19th century on account of industrialisation. And this destruction has extended to a large proportion of the resident fauna and flora. But not everyone has focused solely on the economic aspects. People such as Paul Sarasin (1856-1929), naturalist and co-founder of the Swiss National Park, campaigned for nature protection, and succeeded in initiating a gradual change in thinking in some parts of society: a move away from reckless exploitation and towards a slowly growing awareness that we need to be more careful with the environment. These are the first steps towards environmentalism. The total dedication of Bruno Manser, who went to Borneo in the 1980s to join forces with nomadic jungle-dwellers to fight against the clearance of their rainforest habitat, shows that this “journey” doesn’t necessarily stop at one’s own national borders. And Manser eventually paid for his dedication with his life. In his richly illustrated notebooks, which are on display in the exhibition, he recorded his impressions in drawings and words.

Humankind’s relationship with the forest, which has endured over the centuries, is also reflected in scores of artistic and literary works. And this relationship has been changing constantly. While artists and writers in the Romantic period saw the forest as a place of retreat and a source of calm in the midst of an increasingly frenetic world, in the classical modern period it was elevated to the purest form of aesthetics and sublime grandeur.

In 20th-century art, the subject of the forest increasingly developed into a political statement against rampant environmental degradation. This fundamental idea has persisted up to the present day, even though the forms and the means are different now than they were just a few decades ago. At the same time, the ideas from the Romantic period, of seeing the forest once again as a place of contemplation, peace and relaxation, are more relevant than ever. We still live in an accelerating world in which more and more people feel the need to seek out a place of peaceful retreat.

The exhibition ends with Ugo Rondinone’s tree sculpture – more than a portent of global warming. Other pieces by contemporary artists such as Guido Baselgia, Denise Bertschi, Julian Charrière, Franz Gertsch, Shirana Shahbazi and Thomas Struth show that today we can experience the forest as a complete, single entity. Visitors can also take a seat in the “Arena for the Tree” in the National Museum’s inner courtyard and ponder the future of the forest. At the centre of this work by artist Klaus Littmann is a stark, leafless tree, encouraging observers to think about their own relationship with the forest.

With kind support of the Swiss National Park and the Kulturstiftung Basel H. Geiger «Arena for a Tree»