Since its invention, the bicycle, known in Switzerland as the velo, has also been used in sport. Switzerland has achieved great things in the sport of cycling. The country has not only won numerous world titles and Olympic victories, but also devised other disciplines such as cycle ball. The exhibition journeys through various cycling disciplines: from road race time trials, to cross-country through mud and snow, and even the acrobatics of artistic cycling.

The history of Swiss cycling is full of thrilling stories. One of these is Beat Breu’s historic victory on the Alpe d’Huez in 1982. Much has already been written about this win. What very few people know, though, is that Beat Breu immortalised his victorious ride in meticulous detail in a terrain model. 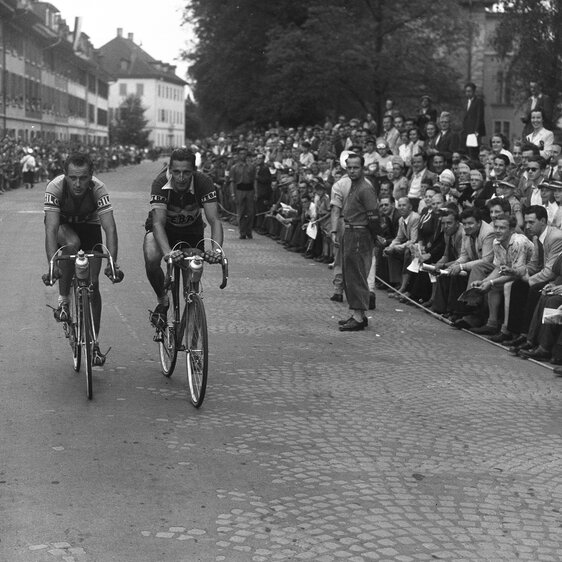 Highs and lows are part of everyday life in Swiss cycling – both figuratively and literally. The sport of cycling can look back on a history filled with anecdotes. 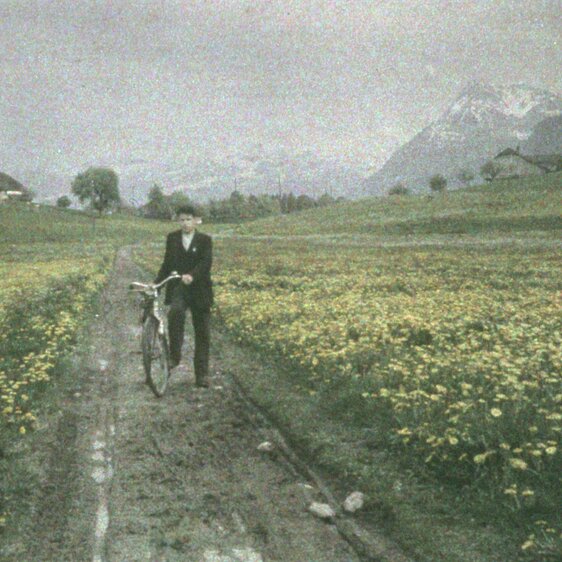 When the bicycle was the public’s darling

Cycling is booming, thanks to coronavirus and e-bikes. But the height of the cycling craze was in the early decades of the 20th century. Back then, the bicycle ruled the streets, and in fact in 1913 the view in the Federal Parliament was that: “The world today would not be able to manage without the bicycle.”

Whether on the road, indoors or out in the mud and snow, the bicycle has become a fixture of the global sporting landscape. And Switzerland can be proud of its many contributions to cycling’s success.

Ever since its invention in the 19th century, people have used the bicycle for sporting pursuits. Over the past century and a half, the bicycle has become one of the world’s most widely used items of sports equipment. And it’s not only the vehicle itself that has continued to evolve, but also its diverse range of applications. In addition to various road races, cyclists also compete indoors, cross-country, and even up and down hills and mountain trails. Completely new disciplines have been launched, such as Radball. Also known as cycle ball, Radball is a type of cycle sport devised by Swiss bicycle trick rider Nick Kaufmann at the end of the 19th century.

But it’s not only because of Nick Kaufmann and his exciting new way of riding a bike that Switzerland has accomplished so much in cycling. In addition to scores of international titles and medals, the Swiss have brought a number of highlights to the two-wheels game. For instance, in 1880 Hans Renold from Aargau invented the roller chain, an innovation that massively improved the energy transfer when cycling and contributed significantly to the bicycle’s rapid global spread. This type of chain is still used on most bicycles today, including in the sports sector.

The exhibition at the National Museum in Zurich invites visitors to take a short tour through the multifaceted history of Swiss cycling: from A for Arbeitersport (workers’ sport), to S for stars and Z for the Zurich Velodrome.