In the 17th century indiennes – printed and painted cotton fabrics from India – became a popular commodity in Europe. Western manufacturers, including scores of Swiss companies, started producing their own versions of these precious items and very soon indiennes were everywhere. The exhibition at the National Museum tells the story of the production of these textiles, discusses colonial heritage and travels the trade routes between India, Europe and Switzerland. Very worth seeing are the many sumptuous fabrics, including valuable works on loan from Switzerland and abroad.

With the free ‘Landesmuseum’ app, you can listen to the audio guides to the exhibitions on your own Smartphone. An innovative guide navigates you through the Museum.

Up until slavery was finally abolished in the 19th century, European traders carried off millions of people from Africa to the New World. Swiss families and companies also profited from the transatlantic slave trade.

On God’s business in India

From 1834 onwards, missionaries from Basel headed to India in their droves to convert the indigenous population to Christianity. The Basel Mission not only founded schools and hospitals in India, but also set up weaving mills and brickworks where the missionaries employed their Indian converts. 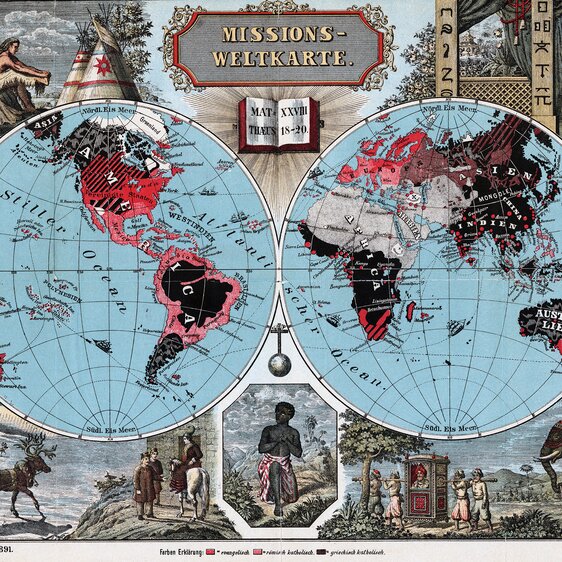 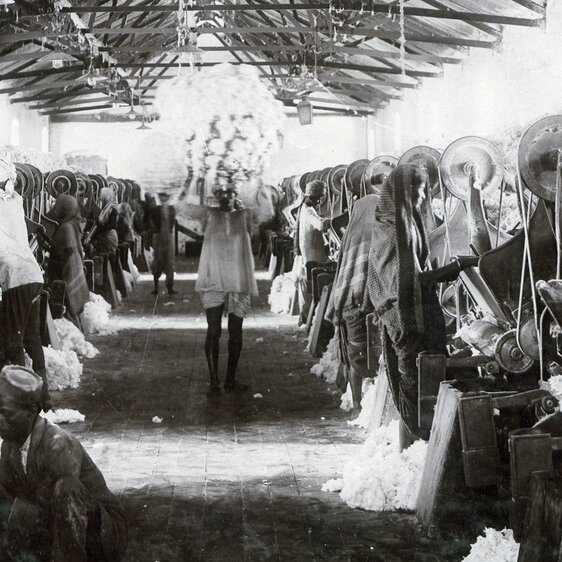 Indiennes
Material for a Thousand Stories

Indiennes. Material for a thousand stories

In the 17th century, indiennes – printed and painted cotton fabrics from India – became a popular commodity in Europe. The new temporary exhibition at the National Museum displays a number of these magnificent fabrics, tells the story of the textiles’ production, explores their colonial heritage and travels the trade routes between India, Europe and Switzerland.

Until well into the last century, cotton was one of the most lucrative commodities in the world. The plant, which grows only in tropical and subtropical regions, was used to produce fabrics which, along with raw cotton, became a major trade product. India played a key role: since pre-Christian times, dyeing and printing techniques had been developed there which for a long time remained inaccessible, and were the paradigm for textile printing in Asia and Europe.

Indian fabrics with unusual motifs, later referred to as indiennes, started to reach Europe from the 16th century. In the 17th century savvy business professionals copied these patterned fabrics, and the following century saw an explosion of interest in them. The fabrics were used for clothing, curtains and wallpaper or upholstery for chairs and sofas in the homes of society’s upper echelons. The new fabrics were so successful that France closed its borders to protect its domestic silk production. This opened up new opportunities for Switzerland, and soon Swiss firms were heavily involved in trading in the cotton fabrics.

With the industrial revolution in the early 19th century, Europeans were able to start producing cotton fabrics much more cheaply. As a result, the flow of trade reversed: India exported cotton as a raw material and at the same time imported cheaper cotton fabrics, throwing its once thriving domestic industry into decline. Small-scale producers lost their livelihoods; poverty and hunger were widespread. Bombay, however, became the centre of the cotton trade, and a separate, rapidly booming textile industry was established. The Swiss trading company Gebrüder Volkart, which would become one of the world’s largest cotton exporters in the late 19th century, established its first branch in Bombay in 1851.

But it was not only businesspeople from Switzerland who were finding their way to the subcontinent at that time. Protestant missionary society the Basel Mission, founded in 1815, sent its missionaries to convert the Indians, who were mostly Hindus. The welfare organisations, hospitals and schools the missionaries set up also had to be financed. Money was brought in with brickworks, printing presses and weaving mills, but at the same time there was fierce debate as to whether it was permissible to generate earnings with the mission.

In the 20th century, cotton again took on a new significance in India. From 1930, hand-spun and hand-woven cotton, known as khadi, became a symbol of India’s independence movement and the trademark of Mahatma Gandhi. Swiss press photographer Walter Bosshard was there, and captured the moment with his camera. His 1930 photo essay shows Gandhi spinning cotton by hand – an early behind-the-scenes glimpse of celebrity homelife. The photos were seen around the world.

The exhibition at the National Museum Zurich presents selected Indian and European fabrics, including beautiful items on loan from within Switzerland and abroad. It also examines how Swiss companies were tied up in the trade in ‘white gold’, as these highly profitable fabrics were referred to. It’s a story with numerous interwoven threads – an example of how Swiss history is always global history as well.