The City and Canton of Zurich have a long and chequered history. This will be showcased in this permanent exhibition at the National Museum. From the model of a pile dwelling hut to the muesli grater and the flag of a youth movement, the show puts Zurich's rich past in the spotlight and brings an added dimension to the numerous historical objects with cinematic installations and state-of-the-art technology giving visitors a multimedia experience.

A project of the association Simply Zurich

Free entrance. Please get your free ticket at the Welcome Desk of the museum.

You can find the complete programme on the association's website.

Zurich is more than just a city. It is a place people call home, a workplace, a holiday destination, poised between the idyllic and the metropolitan. What makes the city tick? What was the influence of Alfred Escher, Marie Heim-Vögtlin, or Johanna Spyri?
Participants will examine simple objects from everyday life as well as historical treasures to learn more about the history of the city and the canton of Zurich.

The winged lion of Zurich

Zurich – Bern – Venice. No, it’s not an Interrail route, but a 17th-century alliance. A valuable drinking vessel in the shape of a lion commemorates this. 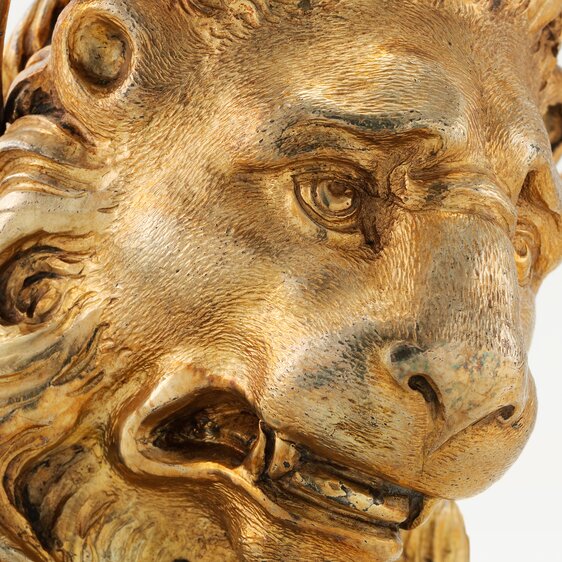 On 6 September 1839, thousands of farmers from the Zurich Oberland, armed with morning stars, halberds, pitchforks and cudgels, advanced on the cantonal capital city to topple the government. It was one of the bloody climaxes of the conflict between liberals and conservatives in the wild Switzerland of the 1840s.

On 1 October 1970, the Shopville shopping centre opened underneath Zurich’s Hauptbahnhof. The underground shopping arcade was a minor sensation. 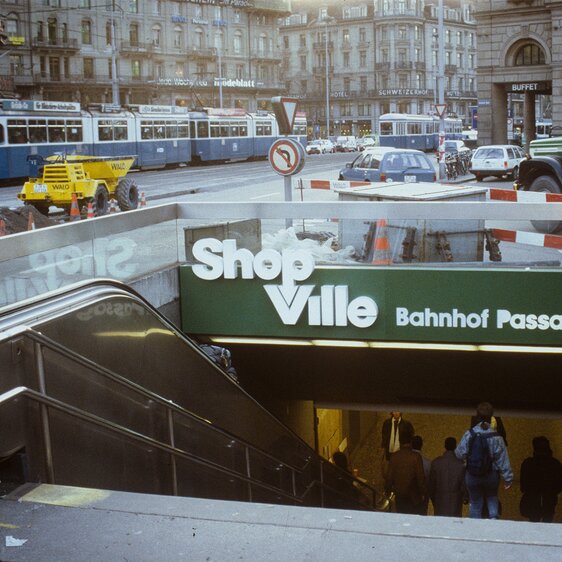 ‘Simply Zurich’ – the Zurich showcase at the National Museum

The long and eventful history of the City and Canton of Zurich is now on display in a permanent exhibition at the National Museum.

Even though the city hasn’t always been the biggest in the country, Zurich has played a major role in Switzerland’s history over the centuries: as a royal palace in the High Middle Ages, an imperial city in the Late Middle Ages, a centre of the Reformation in the early modern period, a stronghold of liberalism in the 19th century, and finally a national economic hub in the 21st century. Perhaps precisely for that reason, Zurich has repeatedly been in conflict with the rest of Switzerland – there was the Old Zurich War in the mid-15th century, the denominational split in the 16th and 17th centuries, the move towards democracy in the 19th century, and the journey to becoming the metropolitan region of today. The ‘Simply Zurich’ exhibition takes each of these topics and examines it in depth. The new permanent exhibition, covering three rooms of the National Museum, tells the tale of back then and the here and now, of city and canton, and of the seen and unseen. The exhibition is not encyclopaedic; rather, it drills down into the deepest layers of Zurich’s history and curves back to the present.

Visitors are greeted by 20 video portraits of Zurich communities. The mini-films showcase the canton’s diversity in a playful and subjective way. They are supplemented by an installation set up by a group of artists called mickry3, which brings together the tourist hotspots of Zurich in a single imposing sculpture. At the heart of the new permanent exhibition is a type of treasure chamber containing 60 objects, which are in turn the starting point for 60 illustrated stories. Subjects range from political power struggles in historic Zurich to love for Züri-Leu, to the present-day creative economy – always in search of just what it is that makes Zurich Zurich. The display cabinet of the treasure chamber already has room for further objects and topics, allowing the Museum to gradually expand and consolidate this Zurich cosmos in the coming years. The third room is taken up by four cinematic presentations, which have been created by architects from ETH Zurich on the basis of point cloud technology. A point cloud consists of a huge number of measured points which enables users to model landscapes and spaces in a completely new way. It becomes possible to penetrate solid matter, glide through walls and create surprising connections: the Töss Valley throughout industrial history, for instance, or the Lindenhof, once the site of the proud castle of the city’s rulers, beneath which can now be found not only traces of Roman Turicum, but also the Urania car park.

Alongside the permanent exhibition at the National Museum, ‘Simply Zurich’ has a second mainstay: a cultural programme linking the exhibition with locations and events throughout the canton, encouraging visitors to engage with their own history (see Additional information).